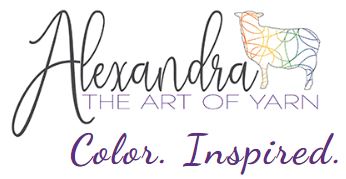 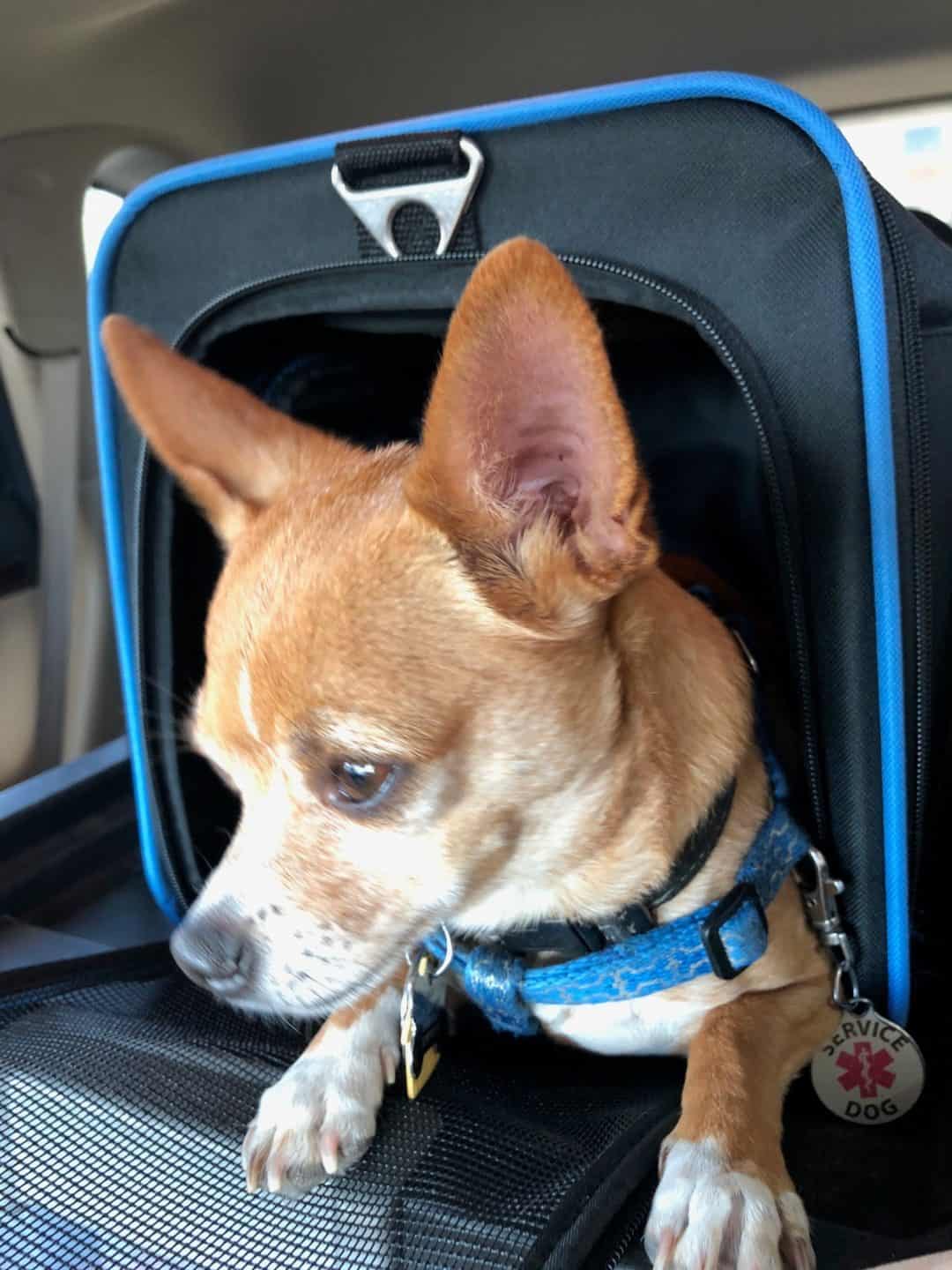 Alexandra’s service dog travels everywhere with her sharing his contagious joy and enthusiasm.

Once upon a time, many years ago, I was hooked (not in a healthy way) and homeless. Early in recovery, I faced another colossal challenge when California banned smoking in public places. As a smoker, I was doubtful about my ability to comply. Knowing that giving up cigarettes was a healthy thing to do, I also knew I had to keep my hands busy. My sponsor suggested I learn to crochet and give back. So I started crocheting baby blankets for crack-addicted babies.

Crocheting was the craft that broke a bad habit, and babies were soothed. That’s good medicine. Secretly, I really wanted to learn to knit socks. After all, when you’re homeless, you learn real quick how essential socks are and what a luxury.

Swapping cigarettes for a crochet hook worked for me but two needles and painted string escaped me, over and over again. I dreamt of knitting socks. I watched YouTube videos, books, needles, and yarn but just could not figure it out. The seed of desire and curiosity to knit socks persisted even as discouragement, frustration, and feelings of worthlessness took over.

Five years; it took five years for me to be adult enough to walk into a real yarn store. Welcomed by friendly staff and encouraged by customers who spent afternoons kitting and talking, I signed up for a knitting class and learned to knit socks! Three years later, in that same yarn store, I was teaching others how to knit socks. That seed of desire and curiosity had grown, and I now was feeling empowered and creative.

Trish, a woman in my knitting group dyed her own string, and I was dying to learn how. I literally begged her for three years to teach me; Trish begged me for three years to stop using the “F” word. I can’t promise I achieved this, and she didn’t teach me to dye. Something better happened, Trish encouraged me over and over to learn on my own.

When I began the art of painting string, I realized that I have a natural ability to combine color in unique and stunning ways. And though I didn’t set out to start a company, Alexandra, the Art of Yarn, was conceived and born.

My greatest pleasure is to watch others bloom in joy while creating heirloom-quality garments and blankets with the string I’ve painted. It’s truly a shared pleasure.

I give great hugs, am addicted to Vanilla Latte’s, have been sober since 1991.

Alexandra The Art of Yarn, nestled in the heart of Oregon’s Willamette Valley, is an independent yarn company taking pleasure in providing you with very unique customized hand dyed yarns.